Apple has launched new 9.7-inch iPad with support for Apple Pencil plus. The refreshed iPad is powered by the A10 Fusion chip which is used on the iPhone 7 and 7 Plus phones. 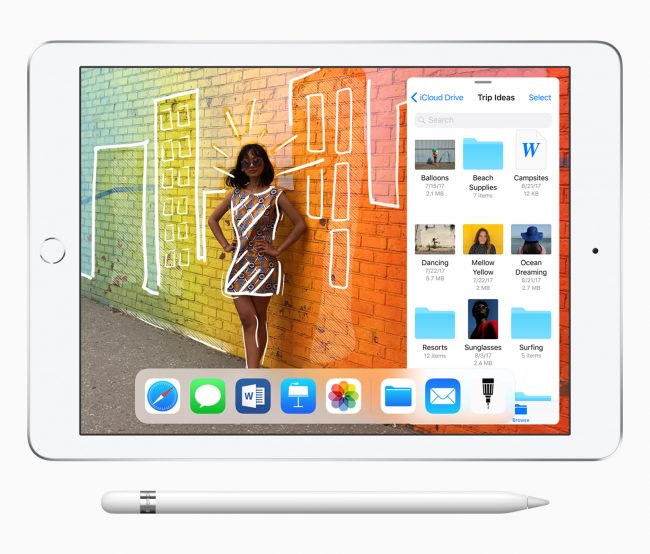 According to the company, Apple Pencil delivers a remarkably fluid and natural drawing experience and its advanced sensors measure both pressure and tilt, and provide pixel-perfect accuracy and low latency for activities from note taking to illustration in apps like Notability, Pages, Numbers, Keynote and Microsoft Office. iPad’s palm rejection technology even makes it possible to rest your hand on the screen while you use Apple Pencil. 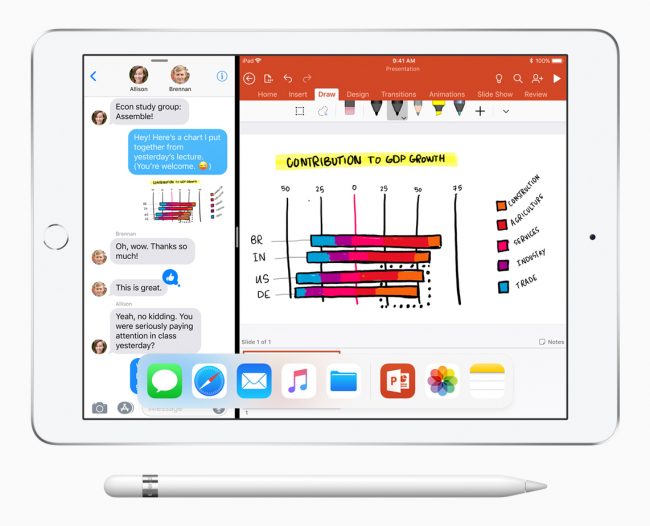 The new iPad is powered by A10 Fusion chip with 64bit desktop-class architecture, delivering 40 percent faster CPU and 50 percent faster graphics performance for seamless multitasking and graphics-intensive apps. This iPad comes in two variants of 32GB and 128GB of storage. The new iPad has 9.7-inch Retina display(2048×1536 pixels) and features a higher-resolution touch sensor that enables Apple Pencil support. It is packed with rechargeable lithium-polymer battery for longer life of upto 10 hours despite heavy usage.

The new iPad comes with an 8MP rear camera with f/2.4 aperture and a 1.2MP FaceTime HD camera with f/2.2 aperture on the front.The front and rear-facing cameras offer low-light performance and HD video recording for document scanning, moviemaking and FaceTime calls.

The new iPad comes in silver, space grey and a new gold finish colors. It has price of INR 28000 for the 32GB with Wi-Fi model and INR 38600 for the 32GB Wi-Fi + Cellular model. It will be available through Apple Authorised Resellers in India. Apple Pencil is available for purchase separately for INR 7600.