Detel Mobiles and Accessories, known for very economical feature phones and power banks etc, has announced today that they are setting up its manufacturing plant in the state of Andhra Pradesh in association with the state government. The objective is to cater to 40 crore unconnected people with the range of most economical feature phones by Detel. MoU has been signed by both the parties today at the Sunrise Andhra Pradesh Investment Meet held in Vishakapatnam. 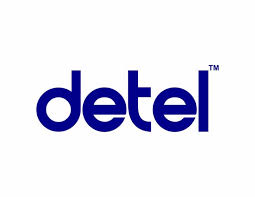 Under this provision the company plans to manufacture its feature phones, and other products to propel the ‘Make in India’ initiative of the Government of India.Detel emphasizes the fact that owning a phone is no longer an option but a necessity now. The company has made strategic alliances with the State government, as well as retail partners like Barista, and telecom operators like BSNL to reach to the nooks and corners of the country and make every person, living in tier 3, 4 and even tier 5 cities, equipped with a feature phone.

Widely known for launching the world’s most economical feature-phone, Detel recently pledged to transform the television viewing experience in the country. Due to soaring prices of smart TVs, the country is still unable to capitalise on the existing market potential, as there is a huge vacuum in the market for affordable smart TVs.

Commenting on the development, Mr. Yogesh Bhatia, Managing Director, S.G. Corporate Mobility says, “With the launch of the world’s most economical feature-phone, we had broken a barrier of access to communication for people at the bottom of the pyramid. We have been working towards our vision of ‘connecting the unconnected’ and the same has been acknowledged by Mr. N Chandrababu Naidu, the chief minister of Andhra Pradesh”