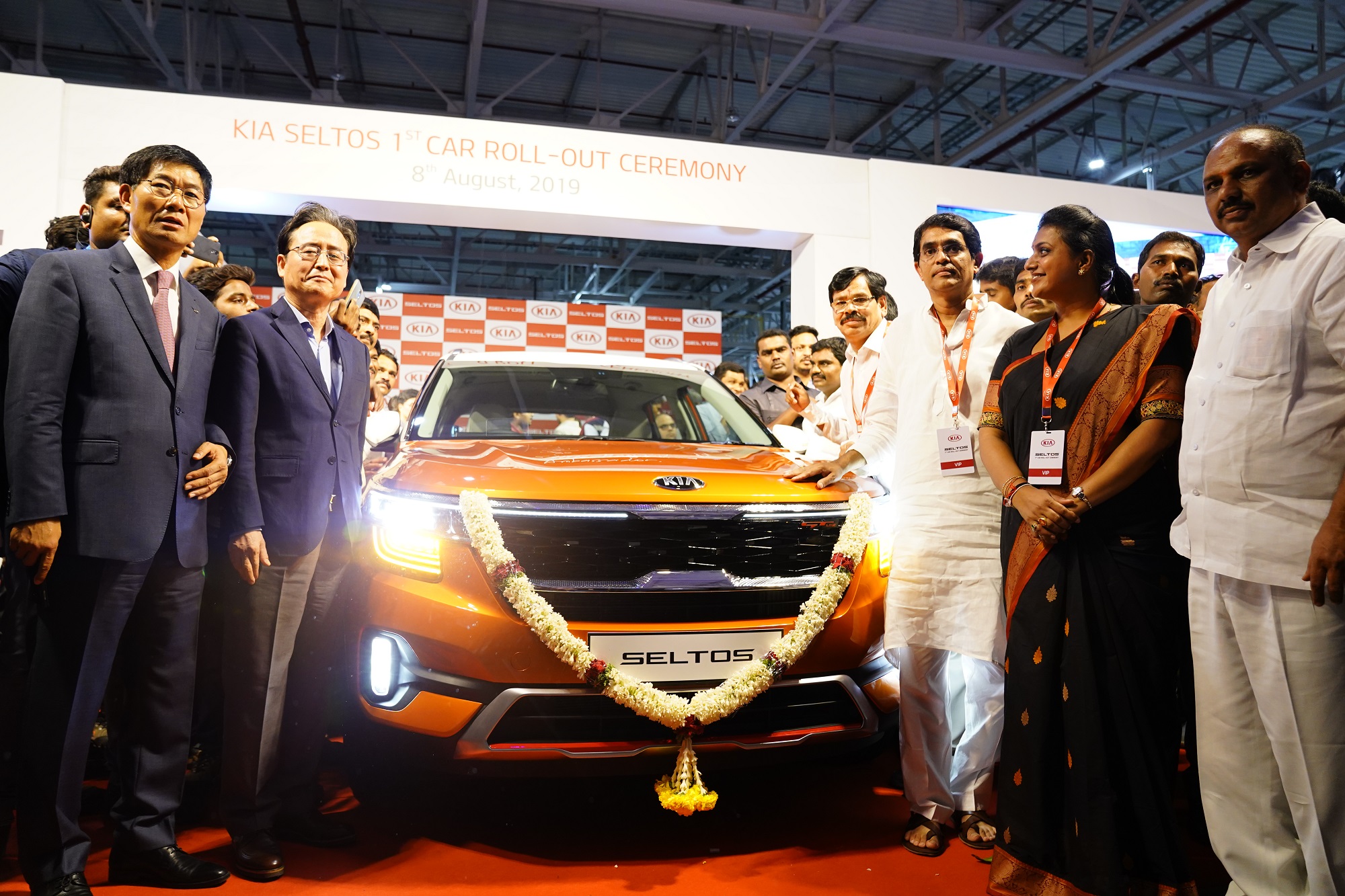 Kia Seltos mid-segmented SUV which was announced in India in the month of June this year  is ready now in India. Kia Motors has rolled out the first Seltos, manufactured at their state-of-the-art facility in Anantapur, Andhra Pradesh. The company has claimed that they have commenced mass production of the Seltos in India after testing the vehicle over 20 Lakh kilometers in different climatic conditions and some of the most challenging terrains in India. The Anantpur plant is spread across the enormous 536-acre facility with an annual capacity of 300,000 vehicles. This plant will also be capable of producing hybrid and electric vehicles.

The first Kia Seltos was rolled off the assembly line by Honorable Ambassador of the Republic of South Korea to India, Mr. Shin Bong-kil and Mr. Kookhyun Shim, Managing Director & CEO of Kia Motors India among other distinguished dignitaries from the State government and Kia Motors India as stated by the company.

Mr. Kookhyun Shim, Managing Director & CEO of Kia Motors India said, “The roll-out of the first Seltos is an emotional moment for all of us, especially for the people at the plant as we worked together, relentlessly to build the future of Kia Motors in India. The invaluable contribution made by the government of Andhra Pradesh has enabled us to achieve our target of manufacturing the Seltos in record time. The first Seltos is the symbol of our promise and commitment of Kia to the Indian market.” 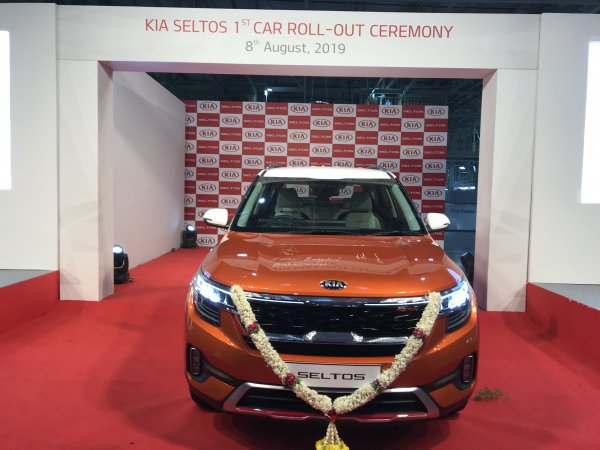 The Seltos is the first SUV in India which is BSVI compliant right from its launch. It will be available in a highly efficient, brand new Smartstream engine that will come in three variants: 1.5 Petrol, 1.5 Diesel, first in segment 1.4 Turbo Petrol, offering the perfect balance of performance and efficiency. The mid-SUV offers 3 automatic transmission variants – 7DCT, IVT, and 6 AT along with 6 speed Manual Transmission thereby, giving a range of engine and gearbox options to consumers that suit their needs and driving style.

The Seltos come with various features which are first in this segment. We have taken test drive if this car and are mesmerised with its performance and features. We shall be sharing our experience in few days from now.

The Seltos will be launched on 22 August, 2019 and bookings are being accepted across all Kia dealerships in 160 cities along with the Kia official website.  Kia Seltos has already gathered record-breaking bookings of 23,311 in a short span of just 3 weeks, as per the latest report issued by the company. The deliveries will begin PAN India, 22 August onwards.