Acer has launched the brand new Predator Helios 500 gaming notebook, in India. It features top of the range processor and is claimed to have VR-Ready performance, advanced thermal technologies, and blazing-fast connectivity. 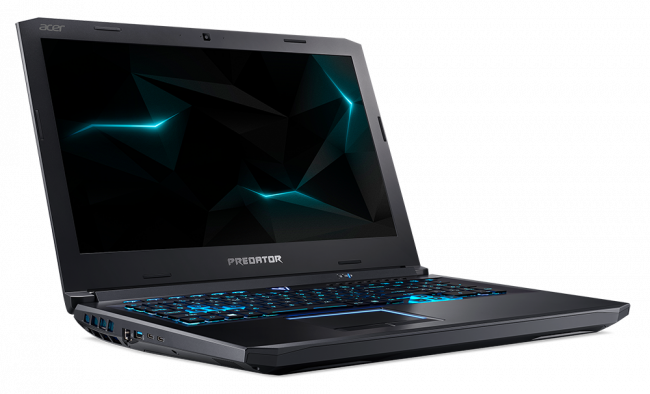 This notebook has 4K UHD or Full-HD IPS 17.3-inch displays with 144Hz refresh rates for blur- and tear-free gameplay. NVIDIA G-SYNC technology is supported on both the built-in display and external G-Sync Capable monitors, allowing for buttery-smooth imagery without tearing or stuttering. It has dual Thunderbol 3 ports, and display and HDMI 2.0 ports support up to three external monitors. Two speakers, a subwoofer, along with Acer TrueHarmony and Waves MAXXAudio technology deliver incredible sound and hyper-realistic 3D audio using Waves Nx,

For cooling, this notebook comes with Acer’s proprietary AeroBlade 3D metal fans, and five heat pipes that distribute cool air to the machine’s key components while simultaneously releasing hot air. Fan speed can be controlled and customized through the PredatorSense app.

A backlit RGB keyboard offers four lighting zones with support for up to 16.8 million colors. Anti-ghosting technology provides the ultimate control for executing complex commands and combos, which can be set up via five dedicated programmable keys.

Acer’s PredatorSense app can be used to control and monitor the notebook’s vitals from one central interface, including overclocking, lighting, hotkeys, temperature, and fan control.

The Predator Helios 500 gaming notebook is already available in India at exclusive Acer malls and with exclusive e-tail partners. The Intel Ci9 variant is available starting from INR 2, 49,999 and the Ci7 variant is planned to hit the markets soon with a tentative pricing of INR 1, 99,999.

Dell has announced availability of Dell XPS 17 laptop in India from today. The XPS 17 is powered by the latest 10th...
Read more
Computing

Lenovo has today announced the launch of the Yoga Slim 7i laptop in India which is powered by the latest 10th Gen...
Read more
Computing

Alexa in Hindi is now available for smartphone users in India. Now, you can interact with Alexa in Hindi on your Android...
Read more