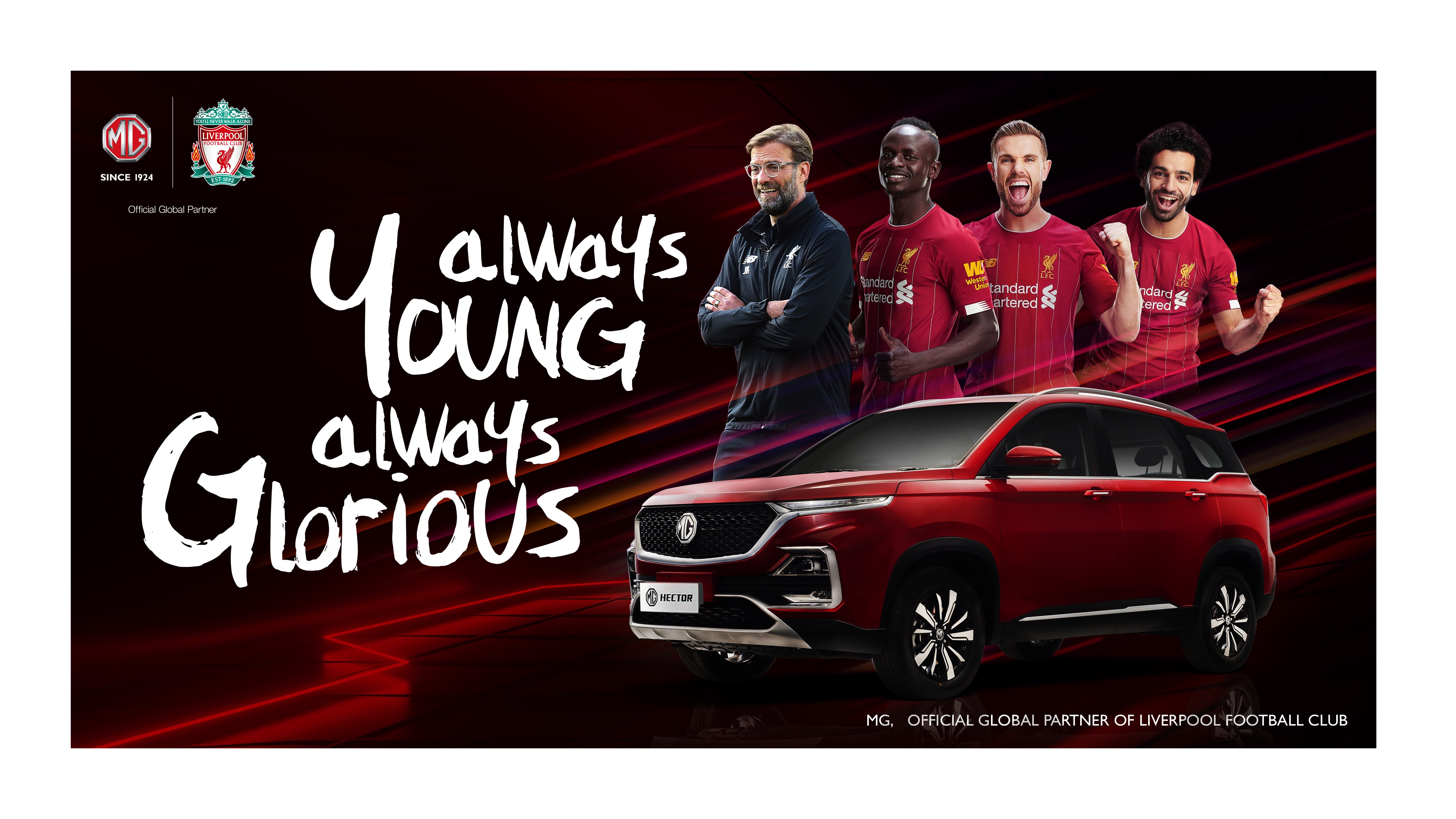 MG Motor which has launched few days back MG Hector SUV in India, has signed a partnership with Liverpool FC, becoming the historic football club’s official global car partner. The association with Liverpool FC, the current titleholder of the UEFA Champions League, will accelerate MG’s brand awareness across global markets such as Europe, Asia, Middle East, Australia, South America, North Africa and more as stated by the company.

For MG and Liverpool fans in India, the partnership will enable VIP access to watch the Liverpool FC team training, autographed merchandise, match viewing experiences, and much more. They will also have the opportunity to watch football games of their favorite club – LIVE in the UK. This experience-first approach is aimed at leveraging football’s growing popularity as the preferred sport amongst Indian millennials to strengthen MG’s brand within its target audience of young, sporty and passionate customers, adds the statement of the company.

Commenting on the association, Rajeev Chaba, President & MD, MG Motor India, said, “MG is proud to become the official global car partner for Liverpool FC, one of the world’s most celebrated and historic football clubs, as part of its commitment to expand its brand awareness worldwide including the Indian market. As a testament to this partnership, we aim to bring exciting experiences and create delightful associations with the Indian football community and fans. MG’s brand heritage truly resonates with the club’s rich history. We perfectly complement each other in terms of our ethos, brand legacy and the pursuit of speed.”

With the launch of the MG EZS pure electric SUV slated for global markets including UK, Australia, Thailand and India later this year, the partnership will be leveraged at a global scale. Through the association, MG aims to co-create exciting experiences for the football and brand community in India. The carmaker has also recently created its first limited-edition LFC branded car and is now looking at introducing the special version in India, post the global association as further stated by the company.