Honda Cars has announced today that their New Amaze Sedan has achieved instant success and has become HCIL’s best-selling new model ever. The car has recorded over 30,000 sales in the first three months of launch, which is the highest sales number recorded by any new model launched by HCIL in its 20-year history as stated by the company in its press release. 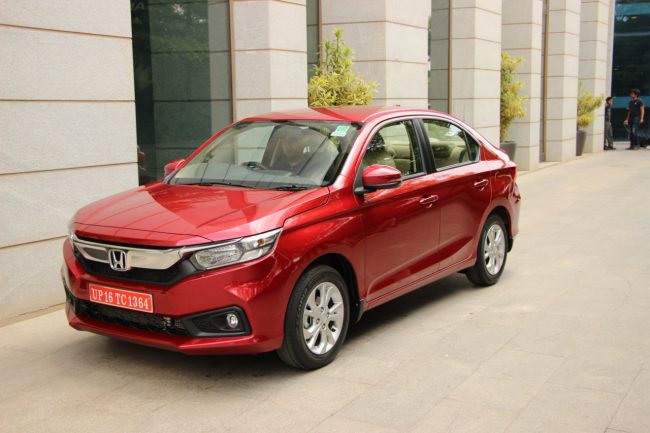 The success of the All New Amaze has resulted in excellent sales performance of Honda Cars India which has achieved an overall cumulative sales growth of 12.5% from April – July 2018.

Speaking on the success of the All New Amaze, Mr Makoto Hyoda, Director, Sales and Marketing, Honda Cars India Ltd said, “Built on an all new platform, the new Amaze has been developed as a proper sedan from ground-up which helps it stand apart from the rest. The customers have really appreciated this aspect and accepted the car very well. We are thankful to our customers for this response which has made the all-new Amaze the most successful launch in HCIL’s history.” “This success reflects the strong customer confidence in the Amaze and this car will be a strong pillar for HCIL business,” he added.

India is the first country to launch the All-New Amaze and the car has been developed considering the needs and aspirations of Indian customers. Amaze offers One Class Above Sedan experience with its bold design, sophisticated & spacious interiors, outstanding driving performance, advanced features and safety technologies adds the statement of the company.

According to HCIL, The All New Amaze is setting new trends with high demand for automatic variants in mass segments. The Petrol CVT and Industry-first Diesel CVT has accounted for more than 30% of the total Amaze sales since its launch.

The New Amaze comes with best in class 3 years Unlimited Kms warranty and Low Cost of Maintenance. This car has been well received across Tier 1, 2 and 3 markets.