TechVorm
Home Electronics Exploring How Cameras Have Changed Over the Decades

Exploring How Cameras Have Changed Over the Decades

The camera is arguably one of the greatest inventions ever created, and the ability to capture a moment in time and preserve it forever is still something that fascinates. Over the decades, photography has become easier, and skills in judging the right shutter speeds and lens apertures are no longer needed to take a great photo. In modern times, taking a fantastic image is possible just by using a phone with a camera. From the Box Brownie to high tech digital cameras, here is a guide to how cameras have changed over the decades. 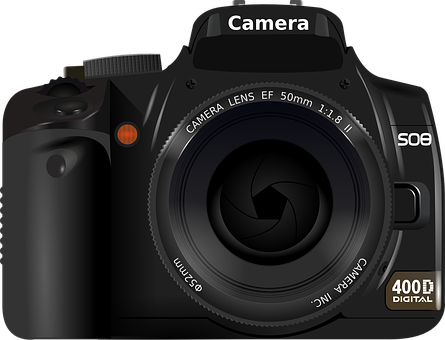 Who invented the first camera is a subject of debate, but it was during the 1800s that the first cameras appeared that were more than simple boxes with pinholes that transferred an image onto light-sensitive material.

In 1888, George Eastman invented the Kodak Brownie, which made photography accessible to ordinary people. It came ready to take 100 photos; then the customer returned it to be processed and restocked with film. It was later in 1900 that a cheaper version was made that was a popular choice among photographers and amateurs.

In the 1920s and 1930s, 35mm film cameras began to grow in interest. These were smaller and easier to handle than the bulkier box type cameras. However, they were still expensive. It wasn’t until 1935 that a cheap 35mm camera was available, the Argus, affectionately known as ‘the brick.’

Single lens reflex, or SLR, cameras came into their own during the post-war period, although they had been around prior to that. Popular brands during the 1950s included Canon and Nikon. With interchangeable lenses and changeable settings, SLR cameras allowed photographers to hone their skills and be creative with effects.

The 1950s also brought with it the instant camera invented by Edwin Land, first available in 1948, allowing photos to be instantly available on paper known as Polaroid.

It was during the 1980s that the compact ‘point and click’ cameras became popular. They were lightweight and easy for anyone to use. Examples include the disposable Fuji QuickSnap. SLR cameras were still the go-to models for professional photographers.

The 1990s saw the first digital cameras, where images were stored on a memory card rather than film. This has made it possible for one person to take thousands of images and to be able to view and print when desired. The array of digital cameras available can make it difficult to decide what to buy, but companies such as Choosist can help. With digital photography, it has made taking fantastic photos much easier for those who are not trained in photography.

Cameras have been around for hundreds of years, but it is only in the last few decades that the ability to document and capture many aspects of life has become freely available, especially with the invention of the camera within mobile phones. While some may argue that the quality of a photo from a phone is not as good as from a digital SLR, technology is continually improving. Whatever camera you prefer, photography is an art that will continue to fascinate and amaze humankind.

Lumiford, headquartered in Hyderabad, has launched the Max T85 Advanced Wireless Earphones. Priced at INR 5,999. it is available in a pristine white colour. The...
Read more
Electronics

Dish TV India has introduced a new ‘Scan to Help’ feature for its DishTV subscribers. The ‘Scan to help’ feature is available on My...
Read more
Electronics