Maruti Suzuki has launched Ciaz S Sedan in a more sleek, elegant and sporty form. It has been refreshed with a spoiler pack – front, side and a rear underbody plus trunk-lid spoilerto give it distinctive look and enhancing the aerodynamics of the car. 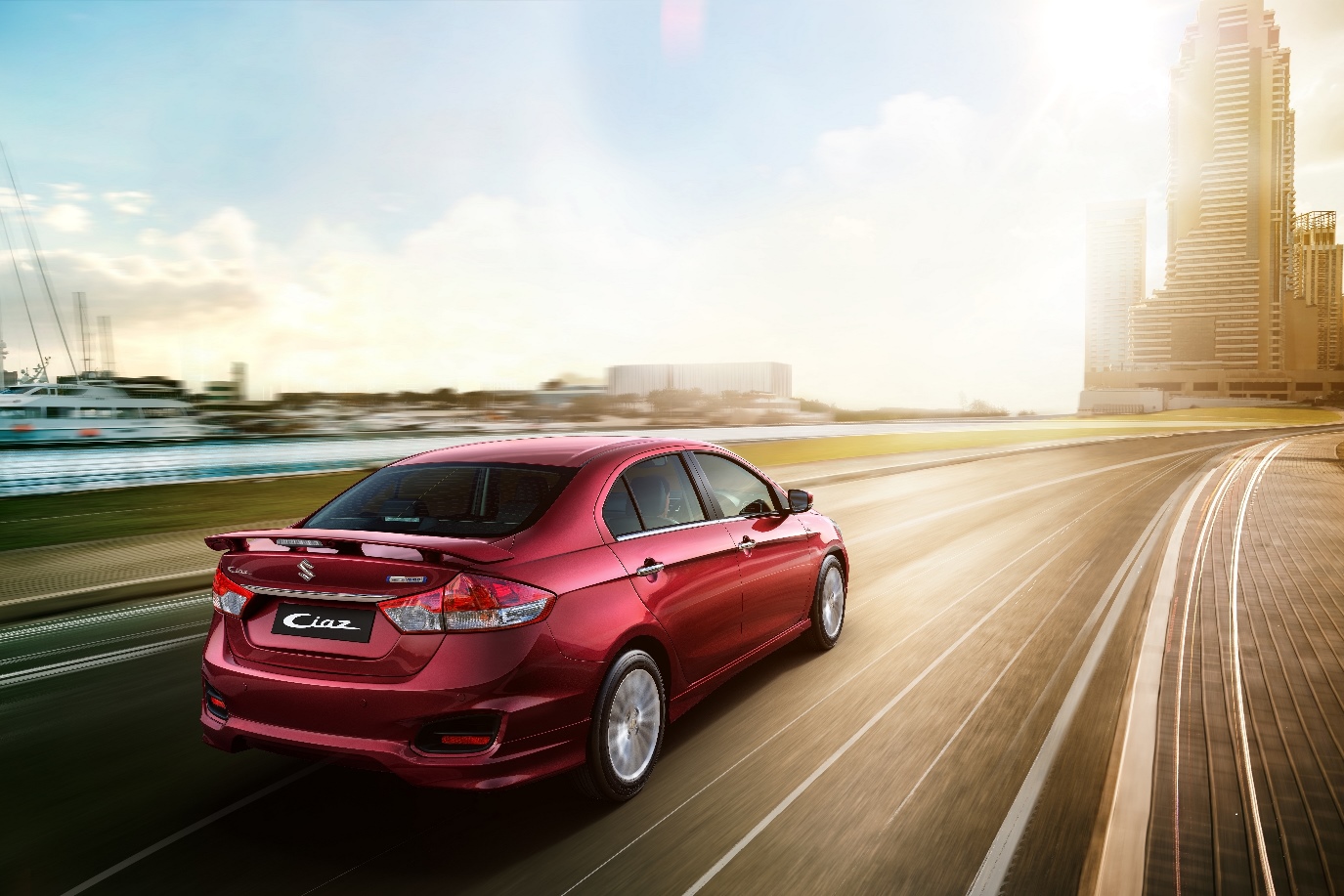 The Ciaz S now comes with premium black interiors with grey chrome finishing that accentuate the sleek and elegant design of the car.

The Ciaz S will be available in both petrol and diesel trims and will feature all benefits of Ciaz Alpha. Currently, Ciaz is the best-selling sedan in the A3+ segment with a market share of 43.5% as claimed by the company. Ciaz Diesel Smart Hybrid still leads the fuel efficiency charts and is India’s most fuel efficient car with a mileage of 28.09km/litre.

Ciaz is future ready in safety regulations. It complies with frontal offset, side impact and pedestrian protection regulations ahead of time. It is loaded with dual airbags, seat belt pre-tensioner with force limiter, ABS with EBD and ISOFIX (child seat restraint system) from base variants upwards.

Commenting on the introduction of Ciaz S, Senior Executive Director (Marketing and Sales), Maruti Suzuki, Mr. R S Kalsi said, “Ciaz has established itself as one of the most progressive brands of Maruti Suzuki and has sold over 1.70 lakh units of Ciaz cumulative since its launch in October 2014. Introduction of Ciaz S will further strengthen the position of Ciaz in the market by catering to the requirements of a younger yet premium customer who believes in the sporty spirit of life.”