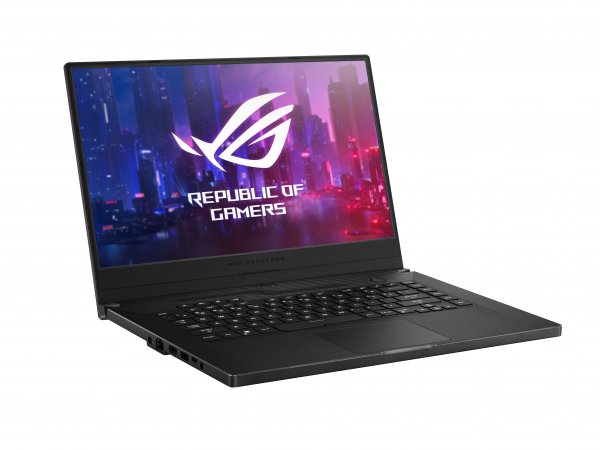 Asus ROG has been world-renowned for its sleek designs and Zephyrus G (GA502) takes this legacy forward with its subtle design. It is 20mm thin an weighs only 2.1 kg. The three-sided slim bezels have condensed the 15.6-inch display into a 14-inch chassis, allowing users to easily carry the laptop in their backpacks or carry-on luggage.

This laptop has white backlighting that illuminates the keyboard for comfortable typing in the dark. Its body has brushed-metal finish and diamond-cut edges.

It is powered by quick and versatile AMD Ryzen 7 3750H APU, NVMe SSD, up to 32GB DDR4 RAM. A fast NVMe SSD ensures quicker game and app load times. It runs on Windows 10.

This laptop has intelligent cooling system and is powered by self-cleaning thermal module, anti-dust tunnel fans, 33% thinner blades for up to 17% improved airflow, fan scenario profiles and modes. The laptop is completely flexible and versatile, with smart amplifier and HRA certification, earlier actuation with ROG Overstroke, N-key rollover, HDMI and USB C with DisplayPort.