Detel, known for economical feature phones, has launched yet another feature phone with powerful features known as Detel D1 Slim. The D1 Slim comes with a reflective keypad and is priced at Rs. 1,199. This phone is available for purchase on B2BAdda.com, India’s first hybrid e-distribution platform. This phone is available in three colours – Blue, Gold, and Rose Gold. 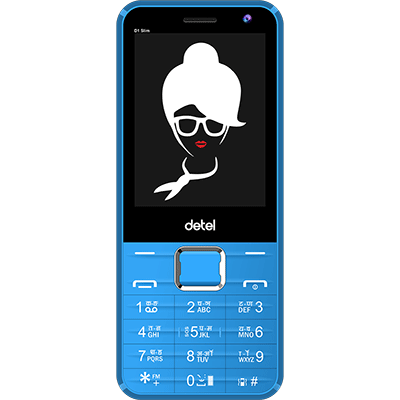 This feature phone comes with a 2.8″ LCD display which is relatively larger than its counterparts as claimed by the company. It is backed by 1500mAh battery with a power saving mode which can be activated by long pressing the ‘0’ key.

This phone also has a panic button in the form of numeric key 5 to invoke emergency calls. Once a user presses the panic button, five calls will be made to emergency number 112. Following this, five SMS will be immediately sent to police authorities, and another three to five SMS will be sent to family members of the user as stated by the company in its press statement.

Commenting on the launch, Mr. Yogesh Bhatia, MD, Detel, said, “We launched our first phone with the tagline ‘Lo Kar Lo Baat’, with an aim to connect the 40 crore unconnected people in India. To achieve this, we have been thrivingly expanding our product portfolio by launching distinct products that cater to the diverse needs of the consumers”

“The D1 Slim is another such offering which has been designed & equipped with advanced features to set new benchmarks in the market. We aim to strengthen our foothold in Tier 2 & 3 cities by meeting the modern-day needs and expectations of the users” he further added.