Huawei has launched two flagship smartphones at MWC 2017 in Barcelona- P10 and P10 Plus. The USP of Huawei P10 and P10 Plus are that these phones come with Leica Dual-Camera set-up. 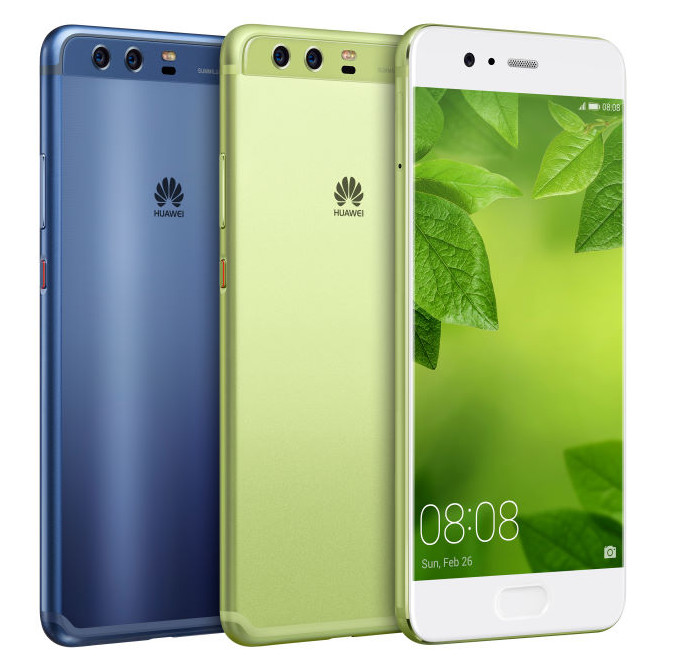 On the other hand, the P10 Plus is mounted with 20MP for capturing Monochrome details and secondary camera of 12MP for capturing RGB details with SUMMILUX-H 27mm lenses, f/1.8 aperture, dual-tone LED flash, Laser AF, OIS.

The P10 features a 5.1-inch full HD LCD display (1920 x 1080 pixels) with Gorilla Glass 5 protection. It is powered by an Octa-Core Huawei Kirin 960 processor combined with 4GB RAM and 64GB of internal storage which is expandable up to 256GB with microSD. It runs on Android 7.0 Nougat with Emotion UI 5.1 on the top.

On the other hand, the P10 Plus flaunts a 5.5-inch (2560 x 1440 pixels) Quad HD LCD Display with Gorilla Glass 5 protection. This phone has a 2K display for more detail. It is also powered by Octa-Core Huawei Kirin 960 processor with combination of 4GB RAM with 64GB storage and 6GB RAM with 128GB storage options with the capability of expandable memory up to 256GB with microSD card.

The P10 and P10 Plus are packed with 3,200 and 3,750 mAh batteries, respectively with Huawei SuperCharge technology. Both the phones incorporate fingerprint sensors on the home button.The fingerprint sensor replaces the navigation bar making the screen view bigger and supports gesture for making smart touch navigation faster.

The P10 Plus features 4×4 MIMO (four physical antennas) with support for the 4.5G network. This allows for faster and more stable connections in more areas, even when the signal coverage weakens. Both the P10 and P10 Plus feature 2X2 Wi-Fi MIMO (two antennas) for fast Wi-Fi speed coverage. Both the phones offers connectivity options of 4G VoLTE, WiFi 802.11ac, Bluetooth 4.2, GPS and NFC.

Both the phones have Diamond-Cut finishing which is complemented with refined sandblast and high gloss finishes. These phones will be available in Dazzling Blue, Dazzling Gold, Greenery, Rose Gold, Mystic Silver, Graphite Black, Prestige Gold and Ceramic White colors.