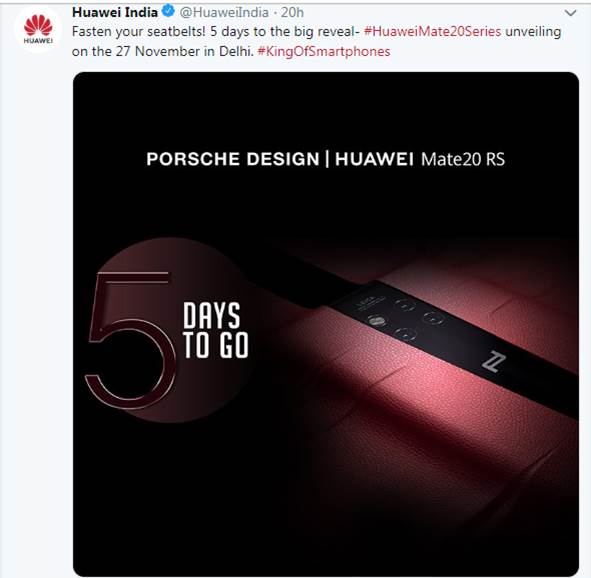 Huawei has announced that Porshe Design Mate 20 RS will be showcased in India on November 27, 2018 during the launch of the Mate 20 series. The Porshe Designed phone has same specifications as of Mate 20 Pro but has different outward design. It has sleek handcrafted exterior with racing stripe motifs and all-natural leather and glass on the back. It comes in Black and Red ( for China only) colors and  is priced US$ 1959 for the 8GB RAM with 256GB storage version and the 512GB version has a price tag of US$ 2422. The Indian prices will be revealed most probably on 27th November. 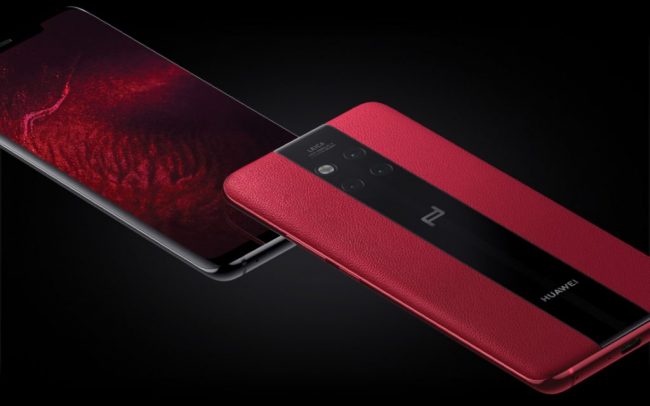 To refreshen your memory, the Mate 20 Pro is armed with three LEICA rear cameras – 40MP with f/1.8 aperture, second camera of 8MP with 3x telephoto sensor, OIS and f/2.4 aperture and third camera of 20MP with ultra-wide sensor and f/2.2 aperture. It has 24MP RGB front camera for selfies. It  has 6.39-inch curved OLED display (3120 x 1440 resolution) with an aspect ratio of 19.5:9. This phone is powered by Huawei’s highest performing system on chip (SoC) to date—the Kirin 980. It comes with the advanced 7nm process incorporating the powerful Cortex-A76-based CPU and Mali-G76 GPU. On the battery front, the Mate 20 Pro is packed with high-density 4200mAh battery, and supports 40W Huawei SuperCharge, which according to the company gives the device 70 percent charge in 30 minutes. For security, it is equipped with In-display fingerprint sensor and 3D Face Unlock.

We shall bring you more details about Mate 20 Pro and its Porshe variant on 27th November. Stay Tuned!