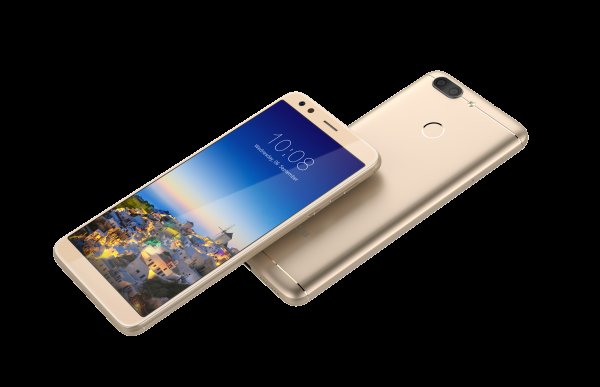 The InFocus Vision 3 PRO comes with Face ID Unlock feature that allows the users to unlock the smartphone in 0.5 seconds by placing it in front of them as claimed by the company. It also has fingerprint sensor on the back for unlocking the phone.

This phone sports a 5.7 inch, 18:9 HD High-resolution screen with resolution of 720×1440. Its display has 80% screen ratio and narrow bezel design. This phone is powered by MediaTek MT6750 T Octa core processor combined with 4GB RAM and 64GGB of internal storage which can be extended upto 128GB via microSD card.

For imaging, this phone has dual rear camera set-up of 13 MP with PDAF, F2.0 aperture + 8MP, 120 degrees wide angle lens on the rear. For selfies, it has 13MP front camera with fixed focus and f/2.2 aperture. It has a special camera feature called ‘Dualfie’, which allows users to simultaneously use the front and rear camera and display the image together on the large screen.

This is 4G VoLTE supported phone and runs on Android Nougat operating system. According to the company, this phone is equipped with Awinic 7th generation K class music amplifier technology, which increases the entire performance of the smartphone as a whole. It not only protects the speaker but also ensures pure and clear sound quality as claimed by the company.