After a long-wait of six years Rockstar games has announced the sequel of popular game franchise Max Payne, the upcoming game title Max Payne 3 is scheduled to be released in Winter 2009 on PC, XBOX 360 and PS3 platforms.

Rockstar official press-release described the game plot as:
“Since leaving the NYPD and New York itself behind, Max has drifted from bad to worse. Double-crossed and a long way from home, Max is now trapped in a city full of violence and bloodshed, using his weapons and instincts in a desperate search for the truth and a way out.
“ 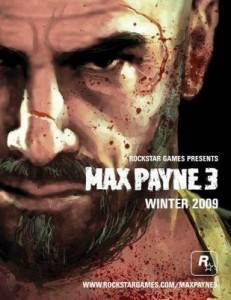