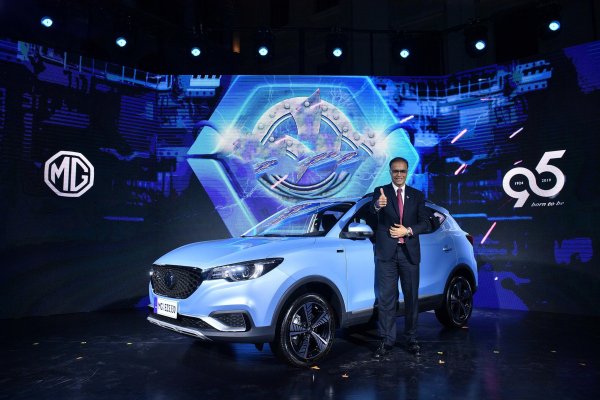 MG (Morris Garages) has recently unveiled globally its pure electric SUV – the MG eZS, scheduled for launch across international markets soon. MG eZS Electric SUV will be introduced in India by December this year and will be one of the first global pure electric SUVs in the country. It will be subsequently launched in some other markets like the UK, Germany, Australia, Thailand & Middle East coinciding with the Indian launch.

The MG eZS EV is the perfect car for people who want to go electric considering the environment and desire the latest modern vehicle with connected mobility features.

“With a modern design and advanced technology, the MG eZS will herald a new chapter in environment-friendly solutions in India. While the petrol version of the MG ZS had already become a popular choice globally, we are confident that its zero-emissions electric equivalent will bring accessible electric motoring to the customers in India upon its launch by the end of this year,” said Rajeev Chaba, President & Managing Director, MG Motor India.

With a country-wide network of 120 sales and service outlets across India, MG aims to ensure a seamless ownership experience for its Indian customers. In addition, the carmaker will take appropriate measures to educate the Indian audiences around EV driving range anxiety and charging infrastructure. The eZS will also house the carmaker’s iSMART Next-Gen, which will debut in India starting with the MG Hector SUV which will go on sale in June this year, adds the statement of the company.

It may be recalled that MG India had already announced the launch of the first connected car Hector, with inbuilt internet connectivity. Scheduled to go on sale in June this year in India, the MG Hector will come with several industry-first features housed in a 10.4” Head Unit. The Hector’s touch screen is designed with a vertical interface that allows the driver to control the entire car system with just a touch or voice command and comes pre-loaded with entertainment content. The iSMART Next Gen featured in the Hector comes with an industry first embedded M2M with Internet Protocol Version 6 (IPV6) ready for 5G.

Kia Motors has released the first images of the upgraded Kia Stinger. The upgraded Sedan boasts of a range of design...
Read more
Automobile

Tata Motors has launched an array of health and hygiene accessories for the safety of its customers....
Read more
Automobile

After the tremendous success of Kia Seltos in India, South Korean giant Kia Motors has announced their...
Read more
Automobile

Lenovo has today announced the launch of the Yoga Slim 7i laptop in India which is powered by the latest 10th Gen...
Read more

Kia Motors has released the first images of the upgraded Kia Stinger. The upgraded Sedan boasts of a range of design...
Read more