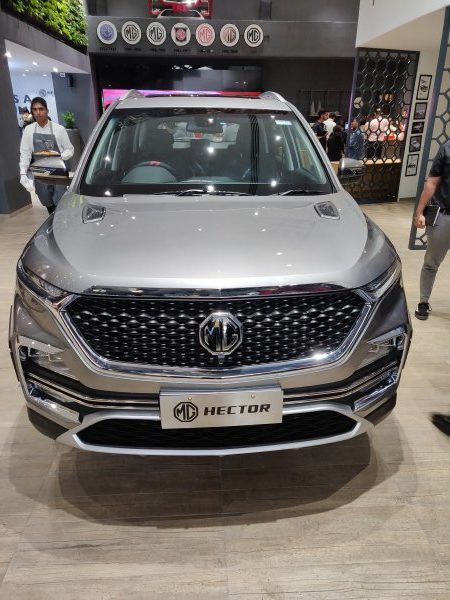 The MG Hector, India’s first internet car, has been launched with India’s best vehicle ownership package – the “MG Shield”. It gives owners free-of-charge 5-year comprehensive manufacturer warranty for unlimited kilometers – the best factory warranty for any vehicle sold in India. It also includes round-the-clock roadside assistance (RSA) for a period of 5 years and no labour charges for the first 5 scheduled vehicle services.

In addition, MG assures customers of the resale value of the Hector at a compelling value proposition. MG has tied up with automotive portal CarDekho and the latter will buyback the MG Hector at a residual value of 60% upon completion of three years of ownership.

MG claims that it has already received 10,000+ bookings for the HECTOR in 23 days since pre-orders began on June 4. Deliveries to customers who have pre-booked the MG HECTOR have been slated from the first week of July through its network of 120 centers across India, which the carmaker aims to expand further to 250 centers by September this year.

The ‘Made in India’ MG Hector is available in a total of 11 combinations across 4 variants namely Style, Super, Smart and Sharp. It comes with 3 engine options – Petrol, Petrol Hybrid and Diesel. The petrol is available in both manual and automatic transmissions. The prices of all the variants are given below:

The MG HECTOR comes with 25 safety features as standard, making it one of the safest SUVs on sale today. At 10.4 inches, it has the biggest HD touchscreen in its segment featuring iSMART and also has Android Auto and Apple CarPlay connectivity options. It also comes with LED daytime running lights, panoramic sunroof, 360-degree camera, cruise control, electrically adjustable front seats and heated ORVMs. The HECTOR is also the first car in its segment with a sophisticated mild-hybrid architecture that uses a 48-volt lithium-ion battery to store energy and provide extra torque assistance of up to 20 Nm.