OPPO A7 and OPPO A5 Gets Price Cut in India

On the occasion of festival of Holi, Oppo has announced price cut on its two smartphones in their A series – OPPO A7 and OPPO A5 which were launched last year. Starting 20th March, OPPO A7 4GB variant will be available for INR 15,990 compared to its earlier price of Rs. 16,990 and OPPO A5 at INR 11,990 against original price of Rs. 14,990, on Flipkart, Amazon, PayTM, Snapdeal, TataCliq and at all OPPO mobile stores. 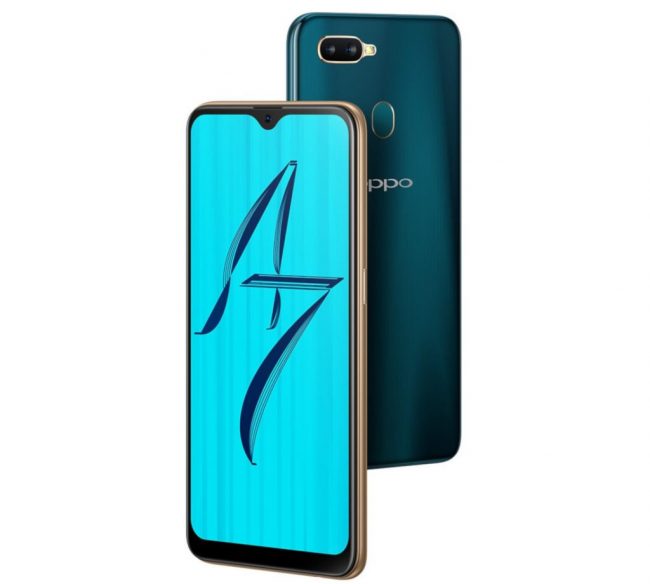 OPPO A7 and OPPO A5 are powered by 1.8GHz Octa-Core Snapdragon 450 processor with Adreno 506 GPU and mated with 4GB RAM. OPPO A7 has 64GB of internal storage whereas the A5 comes with 32GB of storage which can be further extended upto 256GB. They are packed with massive 4230mAh battery.

LG Electronics has today announced the LG K42 smartphone in India. This phone's durability has been verified by the strict US Military Standard Tests....
Read more
Phones

This Republic Day, give yourself something to cheer about, and purchase the latest smartphone from top brands like Xiaomi, Samsung and OPPO. 2020 may...
Read more
Phones

Vivo has launched today yet another smartphone, Vivo Y20G. This phone sports a 6.51-inch Halo FullView display with aspect ratio of 20:9 and HD+...
Read more

Barco has announced the launch of its new G100 series projectors. The G100 is a single-chip projector with native WUXGA resolution and comes in...
Read more

LG Electronics has today announced the launch of 54 models of its 2021 range of DUALCOOL Inverter air conditioners under its health and hygiene...
Read more