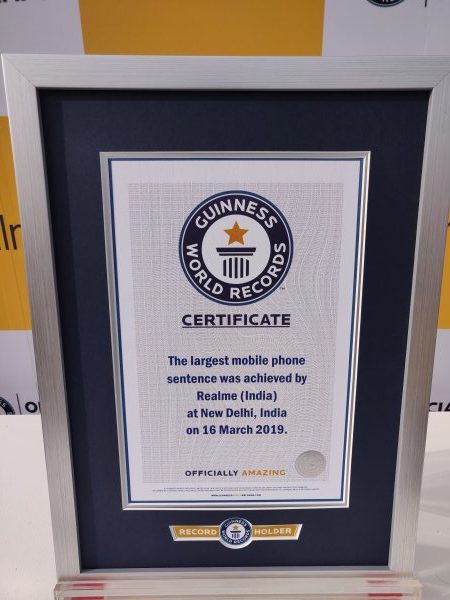 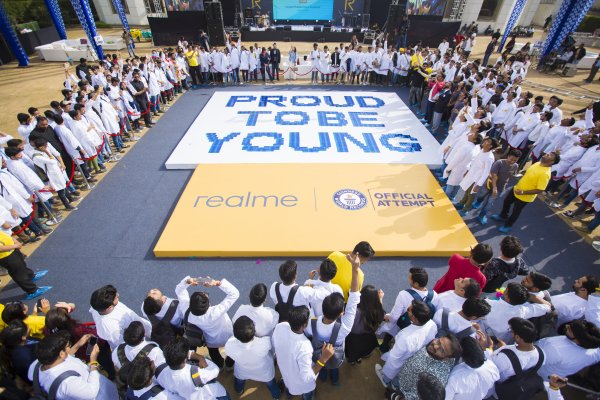 Sharing his joy on the occasion, Mr. Madhav Sheth, CEO, Realme India said, “At Realme we truly cherish our customers and fans and they are the real brand ambassadors of Realme. I would like to extend our gratitude towards the fans to create the record today. 1024 is also a popular number that has been widely applied in technology industries, so we chose it to represent our attitude as a product-driven company.”

“We are overwhelmed with the responses we have received towards Realme 3. We sold 2.1 lakh devices in a short time during the first sale and became the segment leader in 2019. We are sure to create many more such records going forward,” he added.

Speaking of the new world record, Swapnil Dangarikar, Official Adjudicator, GUINNESS WORLD RECORDS said, “Realme has created a new GUINNESS WORLD RECORDS title for the largest mobile phone sentence using 1024 phones. It’s an amazing display made of their brand new Realme 3 Radiant Blue phones and we congratulate them on this achievement. I can now say that they are Officially Amazing.”

Vivo has launched today yet another smartphone, Vivo Y20G. This phone sports a 6.51-inch Halo FullView display with aspect ratio of 20:9 and HD+...
Read more
Phones

Oppo Reno5 Pro 5G which was announced in China last month has been launched today in India. The Reno5 Pro 5G is the first...
Read more

Poco C3 which is budget smartphone has got huge response in India and over i million units of this phone have been sold as...
Read more