Panasonic India has today announced the availability of its online exclusive smartphone range to customers across all leading retail outlets in the country. Along with the recently launched P-100 (2GB), ElugaI9, Ray 500 & Ray 700 will now be available in retail outlets. The company previously in December 2017 has provided Eluga Ray 500 across all retail outlets. The smartphones which were available exclusively on Flipkart initially, will be now sold at the following prices through leading retail outlets across the country: Eluga I9: Rs. 7799, Eluga Ray 500: Rs. 8,999, Eluga Ray 700: Rs. 10499 and P100 (2GB Variant): Rs. 6299. 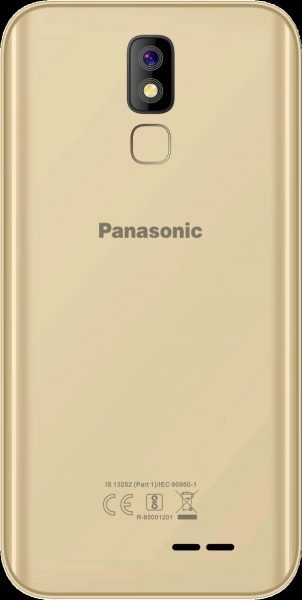 P100 (2GB) has a 5” HD 2.5D curved Display and Corning Gorilla Glass protection which provides durability and fingerprint sensor provides utmost security, The smartphone runs on Android 7.0 Nougat for easy multi-tasking and comes packed with smart actions and gestures like face unlock and voice recognition. The smartphone is packed with 2200mAh battery.

The Eluga I9, a 7.8mm sleek smartphone, comes with the fingerprint sensor which also allows the user to take selfies with just one touch. It has 3GB RAM and 32GB internal memory, expandable up to 128GB via micro SD card. It is powered by 1.25 GHz quad core processor, Android Nougat 7.0 and 2500 mAh battery. It is mounted with 13MP Auto Focus Rear Camera, and 5MP Front Camera for the perfect selfie.

It is packed with 5000 mAh Li-Po mamoth battery with quick charging time, which ensures longer usage without a charge. It is equipped with the 13MP Sony IMX 258 Rear Camera lens with Phase Detection Auto focus (PDAF) and 13MP front camera with flash for capturing bright selfies in low light.

The Eluga Ray 700 has 5.5 inch FHD IPS 2.5D curved display with protection of Corning Gorilla Glass 3 . It is powered by a 1.3 GHz Octa –core Processor and 3 GB RAM with 32GB of internal memory which is further expandable up to 128GB via micro SD card.

It comes with a huge 4000 mAh battery and the 120 degree ultra-wide 8MP and 13 MP dual rear camera for the perfect shot.  The device features a 5 inch HD IPS Display and has a 2.5D curved metal body. It is powered by a 1.25 GHz Quad-Core processor and has Front-Fingerprint sensor which not just ensures security but provides an additional delight to the user by taking  them back to the previous screen with a single touch.

TECNO Launches SPARK 6 Air which was launched in the month of July this year for Rs. 7999 can now be bought...
Read more