Samsung had launched Galaxy Note8 in India in two colors of Midnight Black and Maple Gold in September last year in India. Today Samsung Galaxy Note8 Orchid Gray Color Variant has been launched at the same price point of Rs. 67,900 with an additional Paytm cashback of INR 10, 000 at all leading retail stores. The latest edition of Samsung Galaxy Note8 will be available for sale from today onwards. 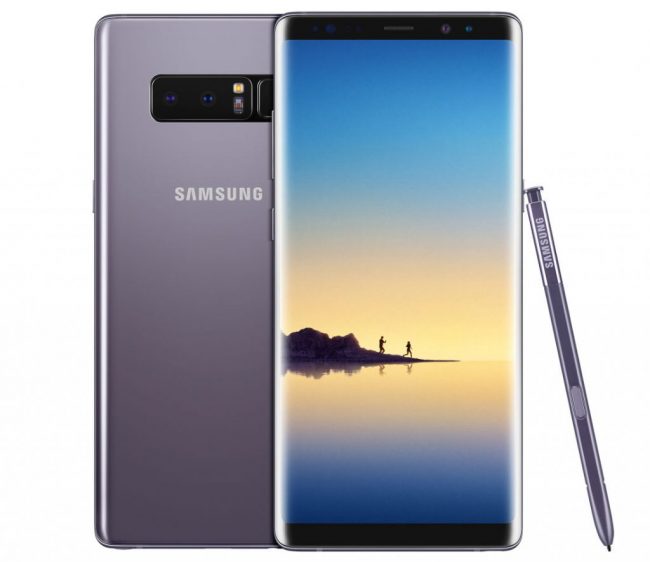 Galaxy Note 8 sports a 6.3-inch Quad HD+ Super AMOLED Infinity Display and with the new App Pair feature, you will be able to create a custom pair of apps on the Edge Panel and simultaneously launch two apps with ease. This phone is powered by Octa-Core Samsung Exynos 9 Series 8895 processor with Mali-G71 MP20 GPU paired with 6GB RAM (LPDDR4) and 64GB of internal storage which can be further extended upto 256GB via microSD card. It comes with Hybrid SIM slots.

On the imaging front, this phone is mounted with two 12MP rear cameras with Optical Image Stabilization (OIS) on both the wide-angle and telephoto lenses. It also has Live Focus feature which lets you control the depth of field by allowing you to adjust the bokeh effect in preview mode and after you take the photo.

In Dual Capture mode, both rear cameras take two pictures simultaneously and allow you to save both images; one close-up shot from the telephoto lens and one wide-angle shot that shows the entire background.

The wide-angle lens has a Dual Pixel sensor with rapid Auto Focus for capturing sharper, clearer shots even in low-light environments. For selfies, it has an 8MP Auto Focus front-facing camera with f1/7 aperture.

It comes with enahnced S Pen which is the trade mark feature of Note series. It has a finer tip, improved pressure sensitivity, translate features, and you can now share animated texts or drawings across platforms that support animated GIFs.

For security, it offers a choice of biometric authentication options—including iris and fingerprint scanning.

Besides above, the Note 8 is IP68 certified Water and Dust resistance and you can write with S Pen even when the display is wet.