Vivo has announced today launch of V15 Pro with 8GB variant at Rs. 29,990. You may recall that V15 Pro was launched in India in the month of February this year with 6GB RAM. Except 8GB RAM, all the specifications of V15 Pro remains the same. 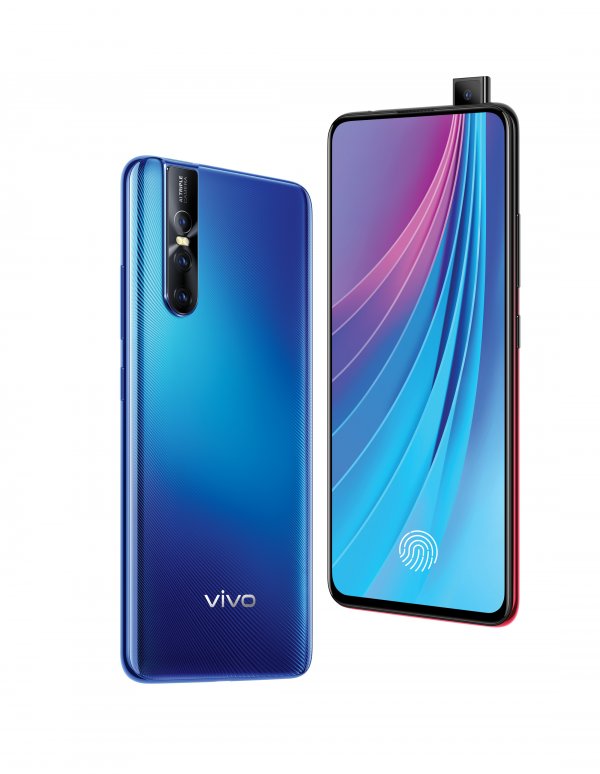 For photography, this phone is armed with 32MP Pop-up selfie camera wity f/2.0 aperture. On the back, this phone has three AI cameras – 48MP with f/1.8 aperture, secondary camera of 8MP with super wide angle (f/2.2 aperture) and third camera of 5MP for depth of view with f/2.4 aperture.

Vivo has also introduced Aqua Blue color to its V15 smartphone which was launched in the month of March. Now the Vivo V15 is available in two colors of Aqua Blue and Frozen Black. This phone is priced Rs. 21,990.

The Vivo V15 sports Ultra FullView display of 6.53 inch display ( 6.39 inch on V15 Pro) with resolution of 1080×2340 FHD+ 19.5:9 display without notch and 90.95% screen-to-body ratio. The display comes with fifth-generation Corning Gorilla Glass for protection. The V15 is powered by octa Core MediaTek Helio P70 12nm processor supported with 6GB RAM and 64GB of internal storage, expandable up to 256GB with microSD. This phone is packed with 4000mAh battery with Dual-Engine fast charging.

In the camera department, the V15 has same front pop-up camera of 32MP with f/2.0 aperture. However, the rear camera set-up is different from the V15 Pro. On the back, it is equipped with three cameras of 12MP with f/1.78 aperture, secondary camera of 8MP with super wide angle and third camera of 5MP for depth of view with f/2.4 aperture. In the V15 Pro, the primary rear camera was of 48MP with f/1.8 aperture.

For security, this phone has fingerprint scanner on the back and also incorporates face unlock feature. This phone runs on Funtouch OS 9 based on Android 9.0 Pie.

Offers available on the purchase of the new V15 Pro 8GB and V15 via offline and online channels:

· Up to 12 months No Cost EMI including Bajaj Finance

· No Cost EMI Available up to 12 Months