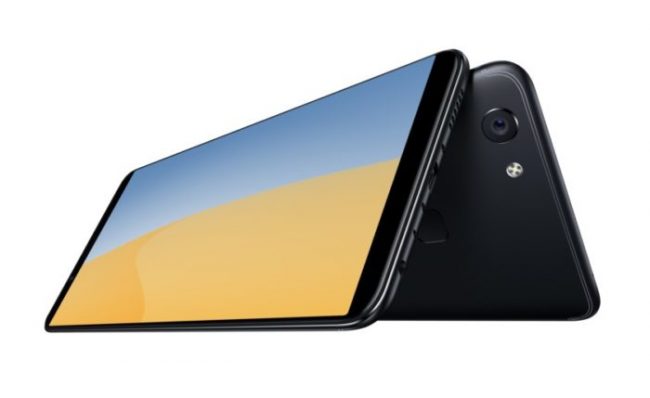 Chinese brand Vivo knowns for camera and music enriched smartphones has launched today Vivo V7 smartphone in India. This is the toned down version of Vivo V7 Plus which was launched in the month September at Rs. 21,990. The Vivo V7 is priced Rs. 18,990 and will be available in Black and Gold colors. You can pre-book this phone exclusively on Flipkart from 20th to 24th November and first sale will begin on 25th November.

Major difference between V7 and V7 plus is Display size, Battery capacity and internal storage capacity.

Vivo V7 has same design language which we have seen on V7 Plus. Like V7 Plus, Vivo V7 also has unibody metal design and 18:9 Bezel-Less Display. Only difference is that V7 sports a 5.7-inch HD (1,440 x 720 pixels) IPS 18:9 Display with 2.5D Curved Glass compared to 5.99 inch HD Full Vision Display (1440×720 pixels resolution) with aspect ratio of 18:9, 2.5D curved glass provided on V7 Plus. The V7 is packed with 3,000mAH battery compared to 3225mAh battery available on V7 Plus. The V7 is also powered by 1.8GHz octa-core Qualcomm Snapdragon 450 processor ( same processor as of V7 Plus) mated with 4GB RAM and 32GB of internal storage which can be extended upto 256GB. You may recall that V7 Plus comes with 64GB of internal storage. Disimilarities end here and rest of the features are same in V7 which can be found in V7 Plus.

Vivo has no tinkered with camera specifications on V7. Like V7 Plus, V7 is also mounted with 24MP Front camera with F/2.0 aperture and Selfie softlight which is called Moonlight Glow by Vivo. It comes with features of Portrait bokeh, Face Beauty and Group selfie. It also has same powerful 16MP Rear camera with F/2.0 aperture, PDAF and LED flash which we have seen on V7 Plus.

This phone also has fingerprint sensor on the back. It also has Face Access Feature for unlocking the phone. It also incorportaes Accelerometer, Ambient light, Proximity, Gyroscope sensors and E-compass. It runs on Android Nougat 7.1.1 with FunTouch 3.2 UI on top.

For purchase of this phone from Flipkart, you will get offers from Flipkart such as couple movie voucher of Bookmy Show, HDFC credit/debit card offers, no cost EMI and exchange offers.