Vivo is on launching spree in India. This month, Vivo has launched three smartphones. First to launch was Vivo V11 Pro and yesterday was the turn of Vivo V11 and today they have launched Vivo V9 Pro which is an upgraded version in certain departments of Vivo V9 which was introduced in India in the month of March this year. The V9 Pro gets upgraded processor, RAM but specifications of camera has been downgraded. 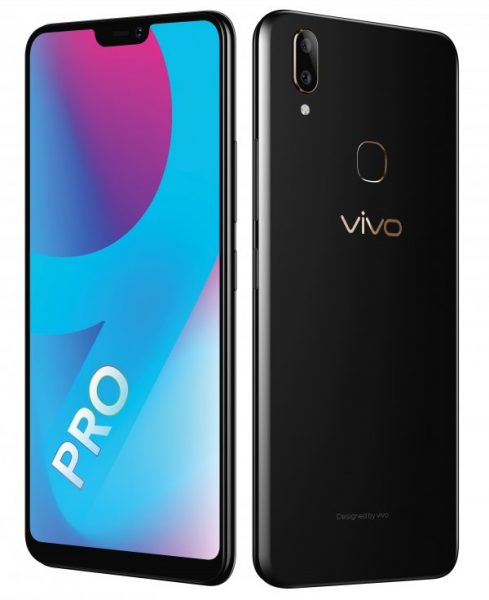 The V9 Pro has same display size which is available on V9 and that is 6.3-inch (2280 x 1080 pixels) Full HD+ display with an aspect ratio of 19:9. The display comes with Corning Gorilla Glass 3 protection. The V9 Pro is powered by Qualcomm Snapdragon 660 AIE processor ( Snapdragon 626 on V9). This phone has 6GB RAM and 64GB of internal memory which is expandable up to 256GB with microSD card. This phone supports two Nano SIM cards and has dedicated slot for microSD card. It is also packed with 3260mAh battery.

In the camera department, the V9 Pro comes mounted with 16MP front-facing camera (24MP is available on V9) with soft LED flash, f/2.0 aperture with A.I face beauty feature and AR (augmented reality ) Stickers. It has Dual Primary cameras comprising of 13MP with f/2.2 aperture+ 2MP with f/2.4 aperture compared to 16MP + 5MP cameras available on V9. However the rear cameras come with same modes such as Bokeh, Gender Detection, Face Beauty, Panorama to name a few and 4k video capability which are available on V9 also.

The V9 Pro also runs on Funtouch OS 4.0 based on Android 8.1 (Oreo) and offers connectivity options of 4G VoLTE, WiFi 802.11 ac, Bluetooth 5.0, GPS, USB 2.0 with OTG, and FM Radio. This phone has fingerprint sensor on the back and also boasts of Face Access feature. It also incorporates other sensors such as Accelerometer, Ambient light, Proximity Sensor, E-compass and Virtual Gyroscope. This phone has dimensions of 154.81mm x 75.03mm x 7.89mm and weighs 150 grams.