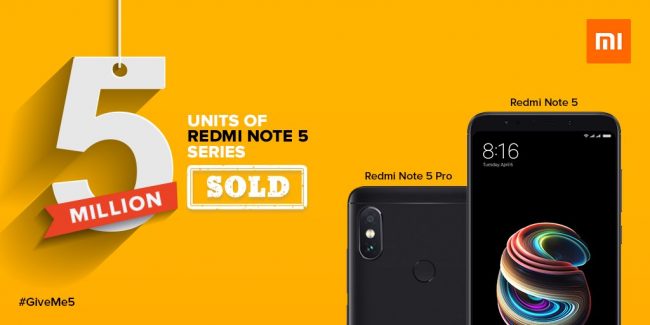 On the optics front, this phone is equipped with 12MP rear camera with LED Flash, 1.25um pixel size and f/2.2 aperture. For selfies, this phone has 5MP front-facing camera with selfie LED flash and f/2.0 aperture.

On the other hand, the Redmi Note 5 Pro gets its strength from 1.8GHz Octa-Core Snapdragon 636 14nm SoC with Adreno 509 GPU. It comes in two variants of 4GB and 6GB LPDDR4x RAM with 64GB (eMMC 5.0) storage which can be further extended upto 128GB via microSD card.