Xiaomi has today unveiled its first 64MP smartphone imaging technology at a global event held in Beijing. Powered by Samsung’s GW1 64MP sensor, the 64MP smartphone technology will first appear on a Redmi smartphone in India in the Q4 of 2019 as stated by Xiaomi in its press statement. 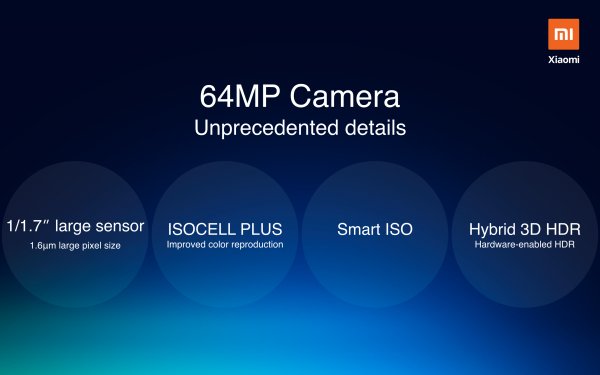 The GW1 features smart ISO supported by Dual Conversion Gain (DCG) technology, which intelligently adjusts the ISO sensitivity based on ambient light intensity. It uses low ISO in high-brightness environments, and high ISO in the dark-light environments to achieve the best signal-to-noise ratio for the entire scene as stated by Xiaomi.

The GW1 outputs 64MP photos with a resolution of 9248 x 6936 pixels. It comes with support for real-time hardware-supported high dynamic range (HDR) of up to 100-decibels (dB) that provides richer hues. Compared to the dynamic range of a conventional image sensor, which is at around 60dB (while that of the human eye is typically considered to be around 120dB), the GW1 strives to provide true-to-life imagery.

It appears that photography in smartphones is taking a huge jump with the introduction of 64MP sensor. Another Chinese brand, Realme is also introducing 64mp camera at an event in New Delhi on 8th August.