Zen, the Indian smartphone manufacturer, today launched Admire Unity in the budget segment. Priced at Rs. 5099, it will be available starting 10th of November and will support multiple regional languages. 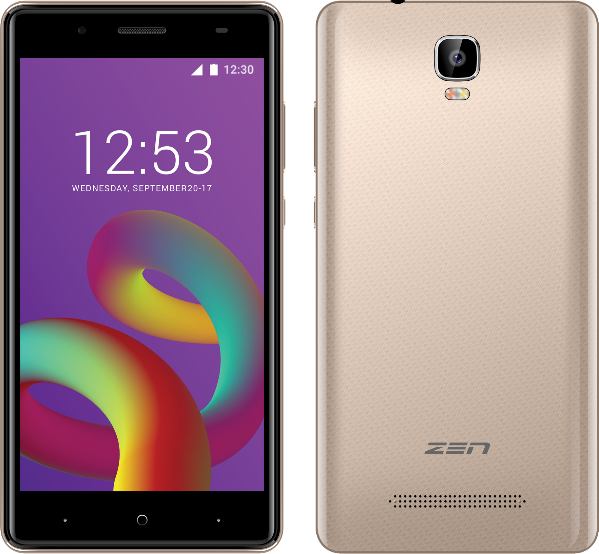 The 4G Volte enabled phone is powered by 1.3GHz quad-core processor mated with 1GB RAM and 8GB ROM with an expandable memory of up to 32GB. It comes with a 5 inch FWVGA display and is packed with 2300 mAh battery. This is Dual SIM supported phone and runs on Android Nougat 7.0.

It is equipped with a 5 MP rear camera with flash and also has a 2 MP front camera. The camera also spots panorama feature and comes pre-loaded with GIF Application which allows users to shoot the complete landscape and makes your pictures come alive.

Admire unity is a BIS certified smartphone and a Made in India device. It comes loaded with applications such as: Amazon Prime Videos, Vistoso, Go2Pay, Chillx and Zen Store. The device also comes pre-loaded with few trial games such as Bubble Bash 3, Modern combat 4, Motocross: Trial Extreme.

The company is also offering 365 days handset replacement offer, i.e. if the handset is not repaired within 15 days, customer will get a replacement handset. This service offer can be availed across all the 750+ ZEN care centers across the country as claimed by the company.