Honor, Huawei’s e-brand has announced the official roll out of Face Unlock update for its highly successful Honor 7X. The Face Unlock feature will be available via HOTA (Huawei’s Over the air update), and will be completed by mid-March 2018 as stated by the company in its press statement. After the Honor View10 and Honor 9 Lite, Honor 7X will be third smartphone in Honor’s portfolio to support Face Unlock feature. Now these phones have two security features – fingerprint scanner and face unlock. 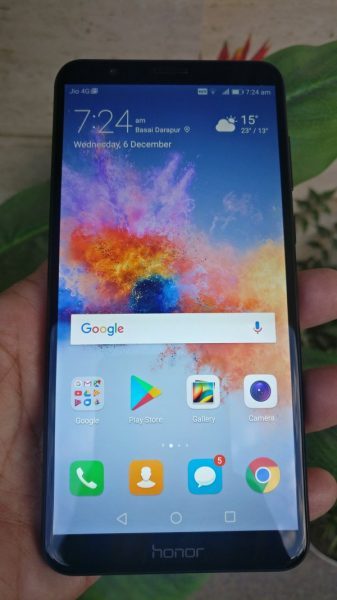 On the photography front, this phone is mounted with two rear cameras – 16MP primary camera and secondary 2MP camera with features of PDAF, LED Flash, HDR and capability of 1080p video recording @30fps. For selfies, it houses an 8MP front camera with flash.