Brand Infinix of Transsion Holdings which had launched Hot S3 smartphone in sandstone black and brush gold colors in the month of February this year has added one more color to its selfie-focussed phone which is Topaz Blue. The Hot S3 is a mid-range smartphone and comes in two variants- the 3GB RAM+ 32GB ROM variant priced at INR 8,999 and 4GB RAM + 64GB ROM priced at INR 10,999 respectively. Both the variants are now available in three colors – Topaz Blue,  Blush Gold and Sandstone Black. All the variants are available on Flipkart.com 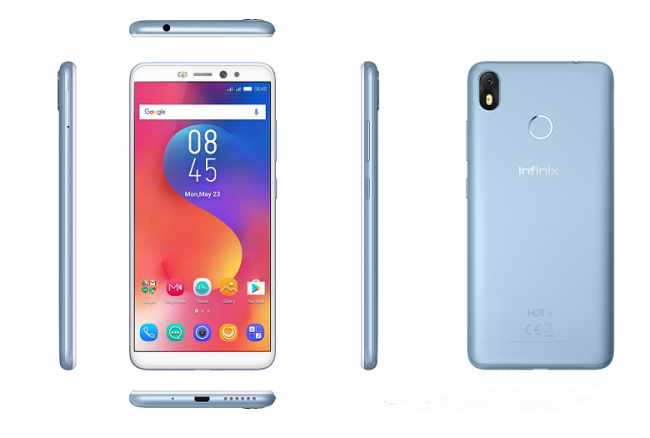 On the specifications front, the Hot S3 comes with 5.65 inch HD+ Full view display with an aspect ratio of 18:9 having resolution of 720×1440 pixels with 2.5D curved glass. This phone is powered by Snapdragon 430 octa-core processor clocked at 1.4GHz mated with Adreno 505GPU. It has options of 3GB/4GB RAM and 32GB/64GB of internal storage which can be expanded upto 128GB via dedicated microSD card slot. This phone has two slots for Nano SIM cards and one separate slot for microSD card. This phone is packed with powerful 4000mAh battery.

This phone runs on XOS 3.0 based on Android Oreo. For connectivity, this phone offers options of 4G VoLTE and ViLTI, Bluetooth 4.2, OTG, Wi-Fi 802.11 b/g/n, GPS. It also comes with Fingerprint sensor on the back which besides unlocking the phone, can also perform functions such as capturing images, accepting calls and recording the calls. It also has Face unlock feature.

Infinix Hot 10 which was announced few days ago will go on sale at 12 noon on 16th October at Flipkart Big...
Read more
Phones

After a long gap, Coolpad has come out with new smartphone in India known as Coolpad Cool 6. This phone has a...
Read more