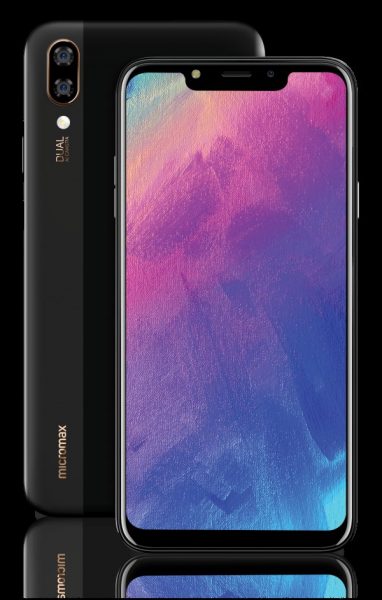 Indian handsets maker, Micromax has launched today two smartphones with notch display in Infinity N series starting at Rs. 8999. These two smartphones are – Infinity N11 and Infinity N12. Both the smartphones have identical features except difference in RAM and selfie camera specifications. Both the phones are packed with powerful 4000mAh battery and are powered by 2.0GHz octa core Mediatek Helio P22 processor. 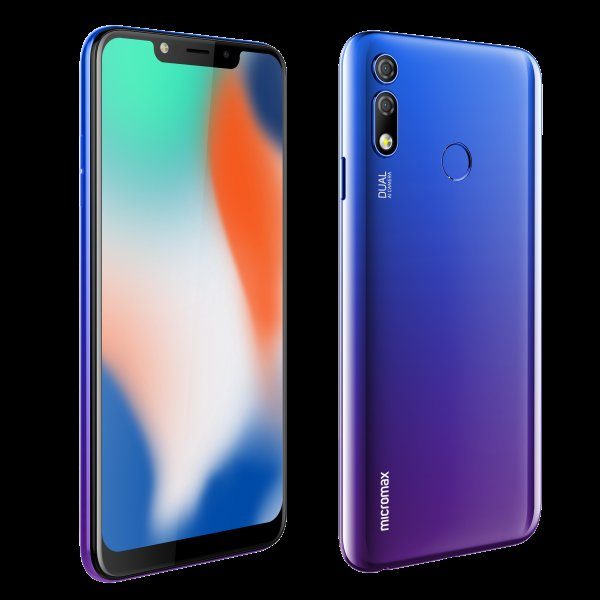 Both the phones sport a 6.19-inch HD+ display (720×1500 pixels) with an aspect ratio of 18:9 and has notch design. The Infinity N11 is equipped with 2GB RAM and 32GB of internal storage which can be further extended upto 128GB via microSD card. On the other hand, Infinity N12 comes with 3GB RAM and 32GB of storage which can also be extended upto 128GB.

The N11 and N12 are equipped with 13MP+5MP Dual Rear Camera enabled with AI. The N11 comes with 8MP front camera whereas the N12 has 16MP front camera for selfies.

Both the phones have fingerprint sensor on the back and also incorporate face unlock feature. Both the phones support Dual sim 4G VoLTe and run on Android 8.1 Oreo. The company has promised that both the phones will get Android Pie 9 update withing 45 days.

The N11 and N12 are priced at INR 8999 and INR 9999 respectively and will start selling in all the offline stores pan India from December 26, 2018. These phones will be available in three colors of Blue Lagoon, Viola and Velvet Red. On purchase of these phones,
customers will get Rs. 2200 Cashback, as well as 50GB Data free from JIO.

Renault India will launch shortly Renault KIGER compact SUV. The KIGER is built on the same platform as TRIBER and will be...
Read more