OnePlus will start selling in India OnePlus 6 Marvel Avengers Limited Edition phone from 29th May. Priced at Rs. 44,99, it will be available from 12 noon on May 29th, 2018 on amazon.in and oneplus.in. OnePlus is offering cashback of INR 2,000 on Citibank Debit and Credit Card and No Cost EMI for upto 3 months on all popular banks. The device will be available across all offline stores including the Bangalore experience store, authorised stores and Croma stores across India, starting 3rd June 2018. 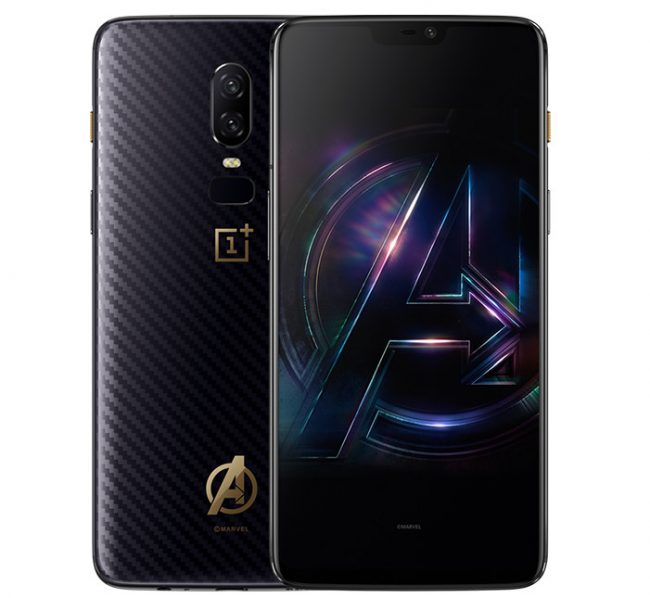 This phone is inspired by the Marvel Studios’ Avengers: Infinity War, and comes with huge configuration of 8GB RAM and 256GB of internal storage. Rest of the hardware features of this phone remains the same which are available on other OnePlus 6 variants.

The back of the phone is inspired by OnePlus’ community-favourite Karbon fiber case pattern infused into a beautiful glass design. The color of the alert slider and the logo take inspiration from the powerful gauntlet honed by mighty Thanos. Every superhero wears a suit so a uniquely-designed case, OnePlus 6 Marvel Avengers Iron Man Case, has been specially created for the device.

The OnePlus 6 Mirror Black and Midnight Black editions went on early access sale on 21 May, 2018 and set a record of INR 100 crore in sales in the first ten minutes. The sales made in one hour beat OnePlus 5T’s entire Day 1 sales. OnePlus 6 has become the highest selling smartphone in terms of revenue, on any single day on Amazon.in during the Early Access Prime Sale indicating the strong affinity for OnePlus smartphones among premium audiences such as Amazon Prime consumers as claimed by OnePlus.