OnePlus has just launched in India OnePlus 6T McLaren Edition in association with the racing and creator of luxury brand McLarn who are known for high-performance sportscars and supercars. OnePlus 6T McLaren Edition is priced Rs. 50,999. It will go on sale starting 13 December exclusively at the new OnePlus Experience Store in Connaught Place, New Delhi and will be available for open sale starting 15 December across all official online and offline sales channels including Amazon.in 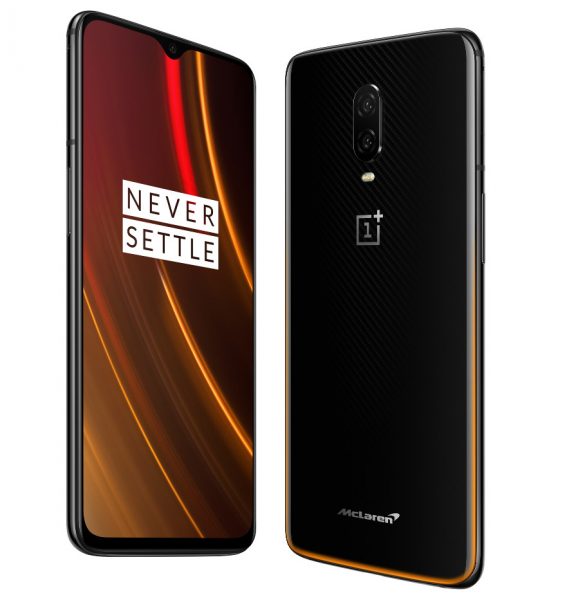 OnePlus 6T McLaren Edition is the first smartphone to be packed with 10GB RAM. It has 256GB of internal storage. It also employs innovative Warp Charge 30 charging technology which charges the full battery in just 20 minutes as claimed by OnePlus. According to OnePlus the Warp Charge 30 has integrated circuits in both the charger and the phone, as well as finely tuned power management software which enable 30 watts of power flow to the handset without slowing down even when the device is being used, or generating excessive heat. The battery capacity of this variant remains 3700mAh which was available on OnePlus 6T.

On the design front, OnePlus 6T McLaren Edition comes with the signature McLaren color, Papaya Orange which races around the bottom edge of the device before fading into the black. The pattern underneath the glass back of the phone is based on McLaren’s groundbreaking carbon fiber, the technology at the heart of all McLaren cars since 1981 when it was introduced to the Formula 1 car design, before being integrated into McLaren road cars in 1993. While light streaks across the McLaren logo, illuminating and disappearing in an instant. The Warp Charge 30 power unit also includes a Papaya Orange braided cord cable.

In the box, besides phone, you will find McLaren’s logo, the iconic Speedmark, recreated in McLaren-designed F1 AA grade carbon fiber – the same material used in the McLaren MCL33 2018 Formula 1 car. Over six F1 cars’ worth of carbon fiber were used in the production of the Speedmarks.

The remaining specifications of McLaren Edition remains the same which were available on normal 6T. To refreshen your memory, OnePlus 6T McLaren Edition also sports a 6.4-inch (1080×2340 pixels) AMOLED display with 19.5:9 aspect ratio with very small notch and with protection of Corning Gorilla Glass 6. It is powered by 2.8GHz Octa-Core Qualcomm Snapdragon 845 processor with Adreno 630 GPU. It comes with 10GB RAM and 256GB of storage. This is Dual SIM phone but does not have microSD card slot.

On the imaging front, this variant is also armed with 16 megapixel primary sensor with f/1.7 aperture with Optical and Electronic Image Stabilisation and 20 megapixel secondary sensor with f/1.7 aperture and LED flash. For low light photography, it also incorporates Nightscape Mode. At the front, it has 16MP selfie camera with Sony IMX 371 sensor, f/2.0 aperture with Face Unlock feature. This phone also has in-display fingerprint sensor.

Offers available  between 15 to 24 December on the newly announced OnePlus 6T McLaren Edition as well as other OnePlus 6T variants: