OPPO has announced today its renewed three-year partnership with FC Barcelona. On this occasion, Oppo has also released a Limited Edition FC Barcloena Reno 10x Zoom with 8GB RAM and 256GB ROM at an event at the football club’s Camp Nou stadium in Barcelona.The renewed partnership will include in-stadium signage, training camps, workshops for fans, creative online and offline fans engagement activities, kicking off an exciting new chapter in the OPPO-FC Barcelona story as stated by OPPO. 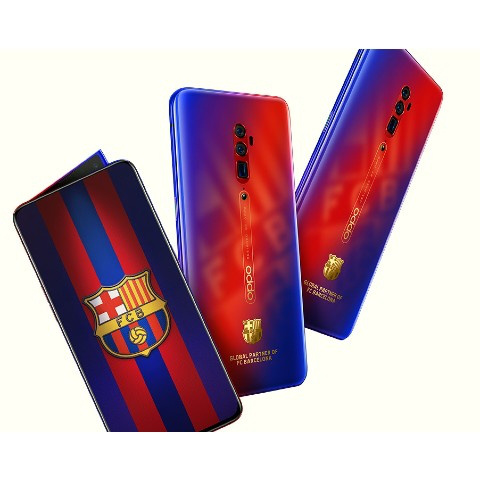 This Limited Edition Reno 10x Zoom phone blends the team’s famous garnet and blue colors with hardware and software, fusing elements from the club’s past, present and future. This phone has two Barca logos: a larger blurred logo, paying homage to the club’s glorious history, as well as a smaller gold team logo at the bottom, which represents the club’s present, as well as its bright future. It also comes equipped with custom software, including exclusive wallpapers and icons such as footballs, garnet and blue kits, and more. Fans can also feel like Barca is with them wherever they go, thanks to its custom ringtones that sample the FC Barcelona anthem and stadium sounds as explained by the company.