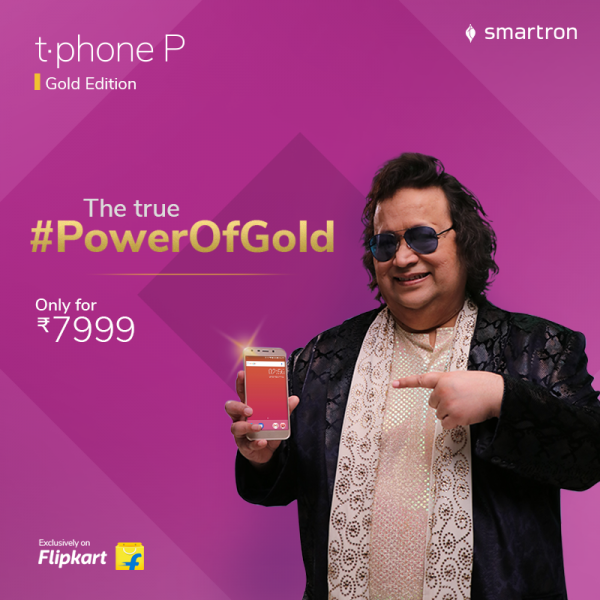 Smartron had launched their budget smartphone, the tphone P with massive 5000mAh battery in the month of January. Today, they have announced gold variant of the same smartphone and for which the brand has partnered with Disco King, also known as the gold man of India, Bappi Da to push the sale of Gold Variant. tphone P Gold will go on sale on Flipkart on 22nd April for Rs. 7,999. 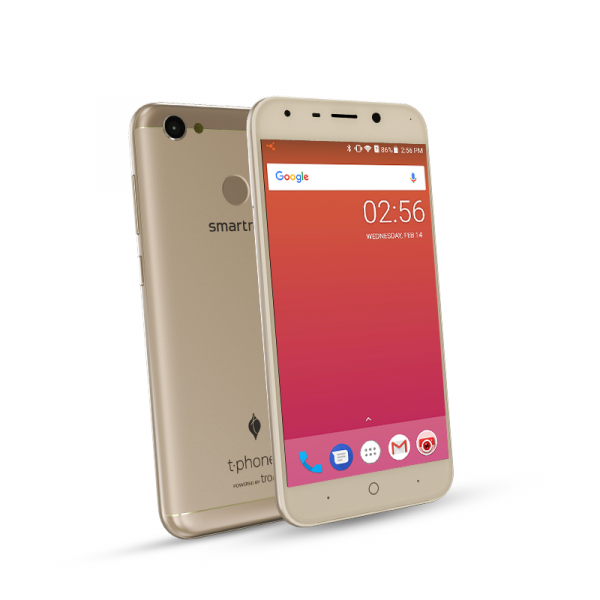 The tphone P features a 5.2 inch HD display with resolution of 1280×720 pixels. It is powered by Snapdragon Octa core 435 processor with Adreno 505 GPU and mated with 3GB RAM and 32GB of storage extendable to 128GB via microSD card. Moreover, with the tronX integration users can additionally get a 1000 GB of free tcloud storage. This phone gets its juice from huge 5000mAh battery which can last upto two days and can remain alive upto one week on standby mode as claimed by the company. Moreover, it also gives the option to charge other devices such as smartphones and smartbands.

This phone is equipped with 13MP rear camera with autofocus, LED flash and f2/2 aperture and 5MP front camera along with low light flash and beautification modes. This phone comes with a fingerprint sensor on the back which gives users a quick and secure access to their phones and also enables them to take pictures and answer calls with just a tap.

This is Dual SIM phone and runs on Android Nougat 7.1.1. It offers connectivity options of 4G VoLTE, Wi-Fi, Bluetooth 4.1 etc.

Infinix Hot 10 which was announced few days ago will go on sale at 12 noon on 16th October at Flipkart Big...
Read more
Phones

After a long gap, Coolpad has come out with new smartphone in India known as Coolpad Cool 6. This phone has a...
Read more