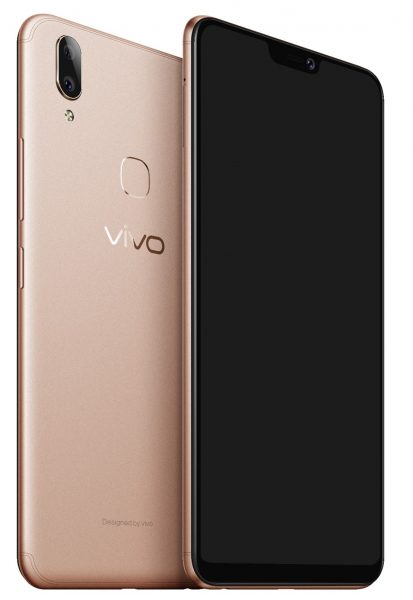 Vivo has launched today Vivo V9 Youth which is economical variant of Vivo V9 introduced in the Indian market in the month of March. The V9 Youth has got fingerprint scanner and face unlock feature like V9 but there is change in specifications of processor, ROM and camera.

The V9 Youth is priced Rs. 18,990 and will be available in black and gold colours across all offline stores from 20th April, 2018 and will also be available online on the Vivo E-store, flipkart.com, amazon.in and paytmmall.com from 24th April, 2018.

For imaging, the V9 Youth is mounted with  16MP + 2MP rear cameras ( 16MP+5MP on V9) with various modes including Bokeh effect. For selfies, this phone has 16MP camera (24MP on V9) with AI Face beauty feature for clicking beautiful selfies.

This phone also boasts of ‘Game Mode’ for preventing distractions such as messages, calls and alerts when your are playing games on it. It also has Picture-in-Picture feature and by sliding down with three fingers, its screen will be split n two halves. It also has Gaming Keyboard which doesn’t  cover the whole screen and one can easily chat while gaming.

Commenting on the launch, Kenny Zeng, CMO, Vivo India said, “At Vivo, we are continually pushing norms to make cutting edge technology available to everyone at a competitive price. With the launch of the Vivo V9 Youth, we are bringing the best features of our flagship V9 in a new avatar for our young and modern consumers. Packed with a host of cutting-edge features, the Vivo V9 Youth is the perfect smartphone for consumers who want a holistic and powerful smartphone experience at a competitive price.”