Tecno Mobile, the smartphone brand from TRANSSION India, today announced its association with the Indian Premier League (IPL) team Kings XI Punjab as their Official Smartphone partner. The team is scheduled to play its first match against Delhi Daredevils on the 8th of April 2018 on their home ground PCA Mohali. 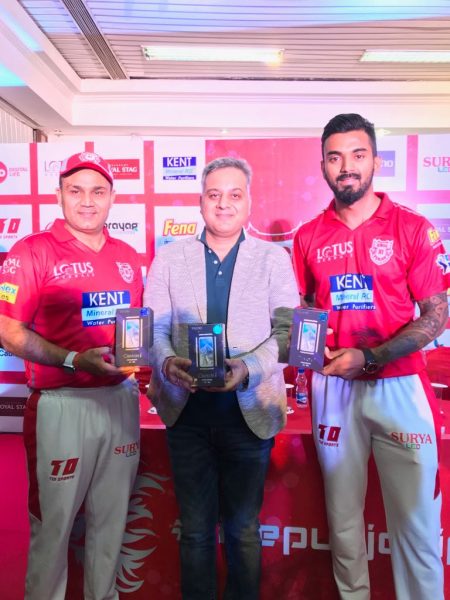 Recently, Techno has launched Camera-centric Camon i and Camon i Air smartphones in India. The “Best in any light “proposition of Camon series resonates well with the Indian youth looking for a great smartphone with a superlative camera performance that can help them shoot at any time of the day, in any light condition.

Gaurav Tikoo, Sr. Vice President Marketing TRANSSION India was equally enthused by the new association and said: “Cricket in its entirety is the most celebrated sport in India and within that IPL has always proven to be the most impactful medium for consumer connect. Kings XI is all about Superlative Performance, which is also the mantra for TECNO Camon smartphones. Hence, this is an ideal platform for us to strengthen our brand prominence and visibility. We, at TECNO, are extremely delighted to be the Official Smartphone partner for Kings XI Punjab team and we sincerely hope that they create magic on and off the field. Adhering to TECNO’s brand philosophy of ‘Experience More’, through this synergic partnership we intend to engage with sports enthusiasts of India by launching a slew of exciting new products during IPL period.”

TECNO is ambitious about capturing audience attention in a big way and drive value from this association using the most prevalent digital platforms and a 360-Degree marketing approach. Under the association, all Kings XI Punjab players would be seen sporting TECNO logo on their caps.

The TECNO Camon portfolio currently includes two models Camon i & Camon i Air priced at Rs. 8,999 & 7,999 respectively. The standout feature of the Camon smartphones is Full View display with its photographic prowess that allows users to capture crisp & clear pictures in any light conditions.