At Computex 2018 in Taiwan, Asus has announced Asus ROG phone for mobile gaming for pure gaming experience on a mobile device. 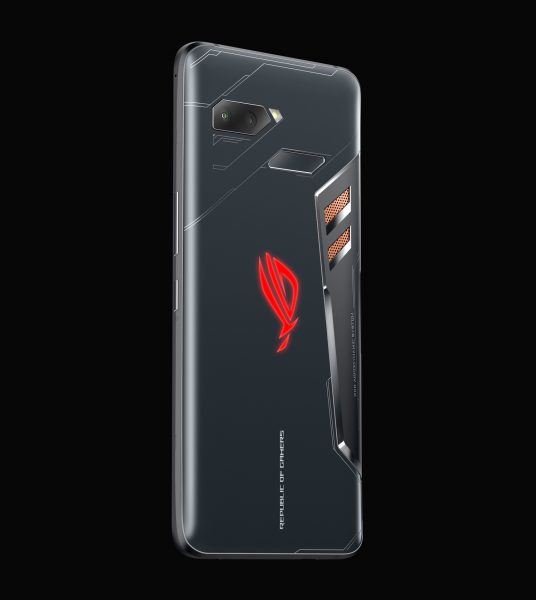 Asus ROG is powered by world’s fastest, speed-binned 2.96Ghz octa-core Qualcomm Snapdragon 845 processor with the gaming-optimized Adreno 630 GPU which is claimed to have performance outstripping the previous generation by up to 30%. This phone comes with up to 8GB of RAM and a massive up to 512GB of onboard ROM storage.

To get optimum gaming performance on ROG Phone, it has special X Mode. Just a single tap frees up all background RAM and dedicates it to games, optimizes game-data processing performance, and maximizes the efficiency of the AeroActive Cooler. X Mode also prevents RAM-eating and battery-sapping app activity, based on a customizable list of apps. 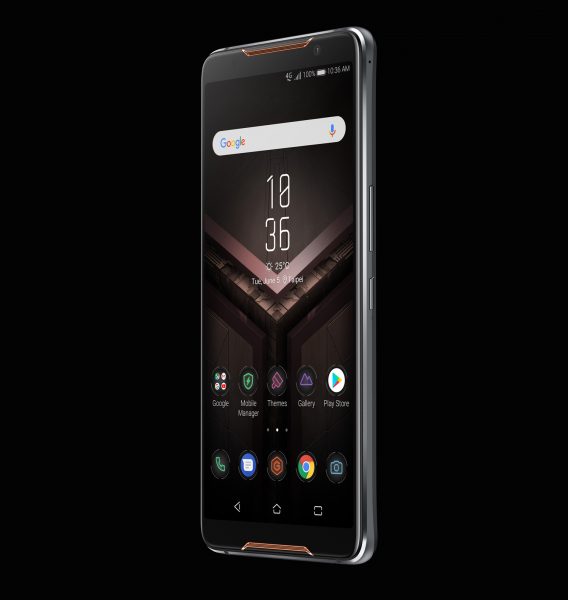 This phone has been designed to give more console-like experience, with three unique ultrasonic AirTrigger touch sensors. Two of these ultra-responsive sensors are optimized as left/right triggers at the top of the display for landscape-mode gaming (the third is designed for use in portrait mode), and they’re fully programmable to activate any available on-screen action: aiming, firing, inventory selection — in fact, anything that normally requires a screen tap. AirTriggers use ultrasonic technology, so they only need a feather-light touch — just 20g compared to rival touch-sensitive controls that need up to 4X the force. An advanced haptic actuator provides a powerful force-feedback system for totally immersive gameplay.

This phone has an additional side-mounted custom USB-C connector that supports direct charging, HDMI output, gigabit LAN and headphones. It has a side-mounted USB-C port and 3.5mm headphone jack for unhindered gameplay. The side connector’s also used for the exclusive expansion modules, including the Mobile Desktop Dock and TwinView Dock.

ROG Phone is the world’s first phone with ASUS Aura RGB lighting, featuring an illuminated rear ROG logo that can display a whole rainbow of lighting schemes: static, breathing, strobing or color cycling. Lighting effects can be triggered with phone events such as incoming calls, notifications and more, to give ROG Phone a unique personality.

This phone has ultra-powerful front-facing stereo speakers which are driven by smart amplifiers to maximize volume and minimize distortion.

It is not clear yet when this phone will be launched and at what price.